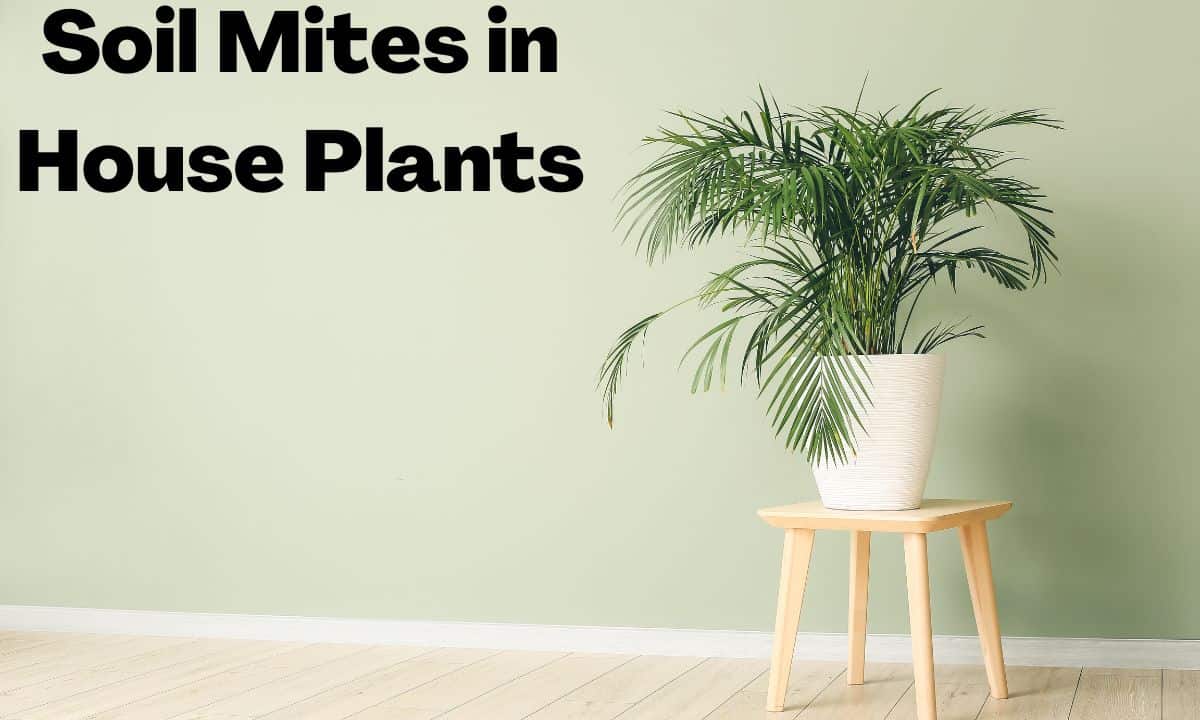 Are your plants invaded by tiny, persistent, fluffy-looking creatures? Don’t brush it off thinking that the infestation would die off in a few days. Soil mites can live for years!

But soil mites are not all bad – besides looking unsightly. They can be beneficial to house plants in California and don’t cause much damage. But it is easy to confuse them with the more dangerous root aphid. Let’s look at soil mites, how to identify them, and prevention strategies. 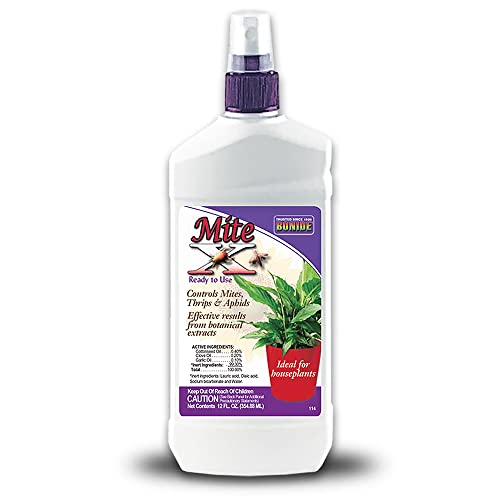 What are Soil Mites?

Soil mites are soft-bodied, wingless arachnids that live on the topsoil of most plants. Soil mites have several subspecies and are all closely linked to spiders and ticks.

Their size makes it incredibly difficult to spot soil mites until it is too late. They eat decaying organic materials and microorganisms that live on them.

Their strong exoskeleton has earned them many nicknames, such as turtle mites. They might appear as small white and brown dots moving along the surface of soils.

These microscopic arachnids are incredibly tiny and measure just a few millimeters long. They are so small that a tiny sample of soil can contain 500 soil mites.

Soil mites have several subspecies and are all closely linked to spiders and ticks. Their size makes it incredibly difficult to spot soil mites until it is too late.

The Life Cycle of Soil Mites

Like most arachnids, soil mites begin life as eggs. Larvae emerge from eggs and mature into nymphs. The nymphs do not have a tough exoskeleton and are vulnerable to predators.

Soil mites have an average life span of two years. Some soil mites have been known to live for over seven years in colder climates.

Read How to Get Rid of White Flies on Houseplants

In Defense of Soil Mites

Some growers make an argument in defense of soil mites. This is because they do not directly cause damage to house plants.

They can play a role in soil health by breaking down organic residue. Soil mites benefit the decomposition process and consume microorganisms in the soil.

They also eat various soil-dwelling creatures and process them into fecal pellets. All these activities are beneficial to the soil’s fertility and structure.

They continue to benefit the soil after their death in the form of organic matter. Growers believe that you should only get rid of soil mites if their populations soar.

Regardless of which side you are on, it’s beneficial to learn how to kill them.

Soil Mites versus Root Aphids – How to Identify Them?

Soil mites are often confused with root aphids. The latter is known for burrowing deep into the soil to damage stems and roots. Soil mites, on the other hand, can nourish plants.

Getting rid of root aphids is essential for plant safety. The table below will summarize key differences in appearance between the two.

Read How To Get Rid of Ants in a Houseplant

How to Get Rid of Soil Mites?

Removing soil mites is only recommended if their population grows out of control. Soil mites can become a problem if they lure in predator insects.

It is worth noting that soil mites carry parasites, bacteria, and tapeworm eggs. This can be a problem if you or a pet accidentally swallow dirt.

It is recommended to wear gloves in the garden and always wash your hands after. The bugs themselves are not harmful to humans at all.

If their population is allowed to soar, they will make the plant look unsightly. This section will explore the different ways of getting rid of soil mites.

Replacing the plant only becomes necessary if the bugs are all over the soil. Another alternative is to pass the old dirt through a filter to clear organic matter.

This removes a food source for the bugs and eventually kills them. In any case, replacing the soil is a fool-proof strategy in cases of advanced infestations.

Here’s how to do it:

Pesticides with harsher chemicals will damage the plant. For best results, choose a pesticide that contains pyrethrins. Mix the pesticide with water and gently mist the plant with it.

Alternative: Use an Organic Insecticide

If you’re not fond of treating your plants with insecticides, you could use organic alternatives. A good solution is to use neem oil.

Oil is a natural deterrent against pesticides. It is derived from neem tree seeds and can clear out many pests.

Here are the ingredients you will need:

Toss the ingredients into the container and thoroughly mix them. Soak the soil with the newly prepared mixture.

Use this mixture weekly instead of regular water until the pests are cleared off. Neem oil is also great at eliminating various bugs such as flying termites.

Apply Cinnamon Mixture to the Topsoil

Another popular alternative is to use a cinnamon mixture to kill soil mites. This method effectively removes most insects from the soil without harming the plant.

A benefit of using cinnamon is the pleasant aroma that lingers around. Here’s how to prepare the cinnamon mixture:

Now spray the topsoil and the base of the plant with the mixture. Use the mixture as many times as possible until the pests die.

You can also use cinnamon essential oil in place of cinnamon powder. The solution works the same.

Soil mites have a powerful sense of smell and are averse to strong odors. This is where coffee grounds come in.

Coffee grounds are extremely potent, especially when they are burned. Moreover, you don’t have to prepare a mixture to spray your plants with.

Place the coffee grounds near to plants and burn them. The strong odors will drive the pests away.

You can also make a DIY coffee candle to keep the odor around for weeks. You will need four ingredients:

Place the scented coffee candle near your plants and watch the bugs run away. The intoxicating smell of coffee candles will also make your room smell amazing.

Make sure to use the mixture in moderation. Make sure to dilute the hydrogen peroxide in water before using it.

Hydrogen peroxide also encourages healthy root growth because of its oxygen molecule. It helps plants absorb nutrients from the soil and result in vigorous growth.

All the while, it kills off unwanted bacteria and pests that may be lurking around.

Here’s how you can prepare the hydrogen peroxide mixture:

You can prepare the solution in large batches for later use. Just make sure to store keep it away from sunlight to maintain its potency.

Diatomaceous Earth is a pesticide that can kill pests without harming the plant. It is derived from the remains of tiny organisms known as diatoms.

The particulate size of Diatomaceous Earth (DE) ranges from 3µm to 100µm. Make sure to buy food-grade DE because it is not calcined.

Food grade DE is composed of amorphousca and can be safely used with houseplants. Sprinkle a small amount of diatomaceous earth on the topsoil. 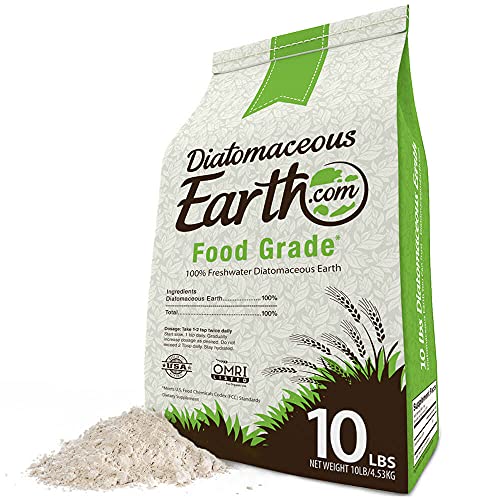 The particulate matter has sharp tooth-like fangs that are highly abrasive to fragile mites. It cuts into the soil mites as they go about their business.

The infestation will begin to decrease after a few days. Soil mites won’t be able to hatch their eggs and the population will die.

The entire process will take anywhere from four weeks to two months. You can remove the particulate matter once the pest infestation has been taken care of.

Garlic is an organic solution that does not pose a severe risk to plants. It works by releasing a pungent odor that makes houseplants undesirable to soil mites.

Although it doesn’t outright kill the bugs, it makes it challenging to lay eggs. Here’s how you can prepare garlic spray:

This will provide you with a one-week supply of garlic spray.

You can use two bulbs of garlic into 100ml water for a more potent mixture. You can also add hot pepper and liquid soap for a more robust solution.

Liquid soap is especially effective against larvae and eggs by smothering them.

Pro tip: Strain the garlic mixture before you spray it. This will filter out garlic pieces that could clog the spray bottle.

Read How Often Should You Change the Soil in Houseplants?

As the old saying goes, prevention is better than cure. Soil mites will eventually try to return after you have removed them.

There are a few things you can do to keep them at bay. Start by quarantining any plants that have soil mite infestation. Keep them isolated from other plants.

Do this for all new house plants you get from nurseries. There’s no telling what may be lurking inside the soil.

You should regularly clean the soil. Clear away any decaying organic material that soil mites could feed upon.

Use natural insecticides such as cinnamon spray to keep the soil clean.

You don’t always have to get rid of soil mites. They can be beneficial to your house plants by making them healthier.  They are capable of carrying bacteria and look unsightly in large numbers. In this case, you might want to keep them at bay. Let us know if you like keeping soil mites or a zero-tolerance policy.